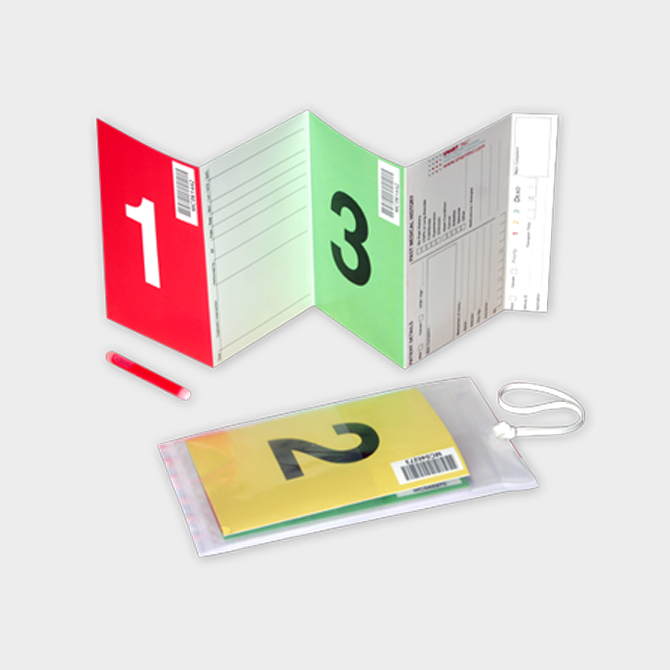 Folding design allows reprioritizing of casualties, highly visible triage tag which only shows a single priority at any one time, resistant to water, body fluids, gas and many other chemicals.

Made from durable materials, the SMART Tag™ will survive the worst of conditions. Its highly visible design means that the priority of the patient is easy to identify.

Compatible with START, MUCC & SALT and other forms of triage assessment, the SMART Tag™ is the most widely used triage tag in the world, being used across the USA, United Kingdom, London Ambulance Service (UK), Queensland Ambulance Service(AUS), the British Military, the middle east and other European countries.

“The way the tag has evolved has shown thought and analysis of what is needed by the end user… but, more importantly, it’s part of a systematic approach… I found that you had the proper mixture of a product that was capable of evolving as needed.”